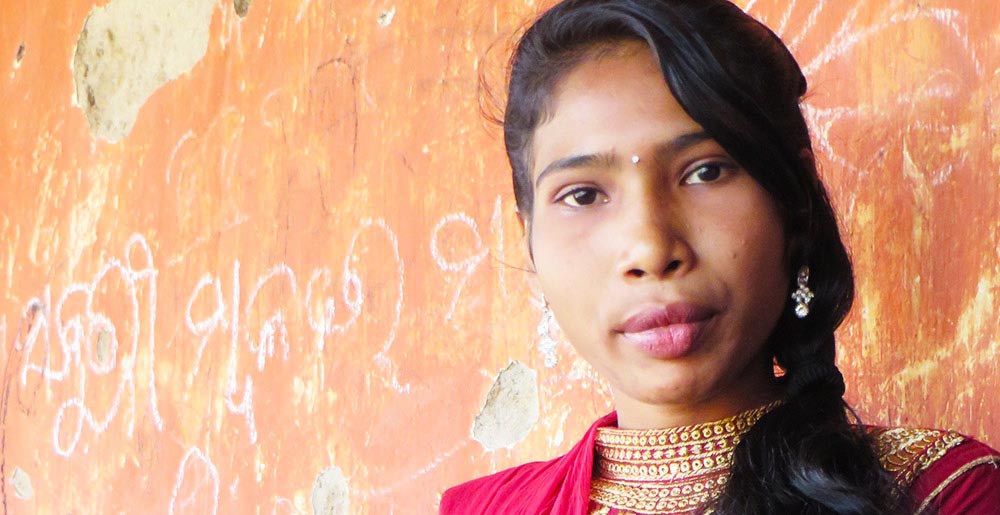 Towards the end of 2015, a comment made by the head of the famous Sabarimala temple in Kerala  – which has a blanket entry ban for women aged between 10 and 50 – sparked a heavy backlash from hundreds of young Indian women. Discussing whether the ban (which is in place to ensure that no menstruating women enter the temple) would ever be lifted, Prayar Gopalakrishnan said: “There will be a day when a machine is invented to scan if it is the ‘right time’ for a woman to enter the temple. When that machine is invented, we will talk about letting women inside”.

Menstruation remains a taboo in India, but a new generation of young women refuses to accept these entrenched views; in response to Gopalakrishnan’s comment, hundreds of women took to social media after the launch of the #HappyToBleed campaign. On its Facebook page, the movement describes itself as a “counter campaign launched against menstrual taboos, and sexism that women are subject to through it. It acknowledges menstruation as a natural activity which doesn’t need curtains to hide behind”. #HappyToBleed’s founder, Nikita Azad said: “Shaming menstruation is a sign of patriarchy.”

Though #HappyToBleed was launched in response to the Sabarimala temple’s ban on menstruating women, it is a reaction to a much wider issue. Traditionally, menstruating women are considered “unclean” and are often banned from praying or cooking ; in some rural communities, women are sent to gaokors – huts outside the village – while they are menstruating. 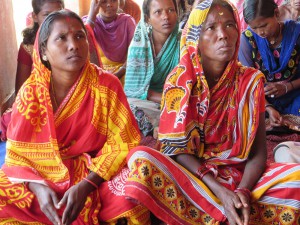 This historic and deeply-ingrained taboo has an enormous impact on women – over 20% of girls drop out of school permanently at puberty and Reproductive Tract Infections (RTIs) are rife, particularly in rural areas, due to the lack of availability of proper sanitary products. There is even an indication that unsanitary practices during menstruation, for example re-using cloth and using ashes or sand to aid absorption, increases the risk of cervical cancer – according to the World Health Organisation (WHO) India accounts for 27% of the world’s cervical cancer deaths and the incidence rate there is almost twice the global average “with poor menstrual hygiene partly to blame”.

A nationwide survey of women indicated that 70% can’t afford sanitary napkins, with only 2% of the rural population using them despite the fact that three quarters of Indians still live in rural areas. Jeevika Trust is proud to support the improvement of menstrual health of women and adolescent girls from tribal communities in Odisha; through our Project SNAPS, delivered by our partner organisation Jeevan Rekha Parishad (JRP), we support Self-Help Groups of women to produce and market low-cost, eco-disposable sanitary napkins (SNAPS) which not only addresses their personal sanitary needs, but allows them to generate a small income from their activities. 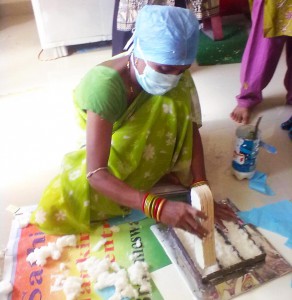 These napkins are also made available to adolescent girls to help keep them in school, and women and girls receive reproductive health education. Overall, the project is helping over 5,000 women and girls. Unfortunately, lack of access to sanitary napkins is only half the problem – poor access to proper sanitation facilities and gender-segregated toilets is also a huge issue, but we’re tackling this through our Project PANI.

Through better education on reproductive health and hygiene, we hope to help break the taboos surrounding menstruation, and through providing women with SNAPS (sanitary napkins)  and improving access to toilet facilities we hope to improve levels of health, reduce RTIs and allow girls to remain in education. As Muruganantham, the man who famously pioneered machinery to produce low-cost sanitary napkins in Tamil Nadu and who this week received the prestigious Padma Shri award for his work, said, “Why buy sanitary napkins from multinationals when we can make them at home and generate employment?”.

To support the expansion of Project SNAPS, please click on the link below to donate: